Maquette is a live interactive performance leveraging motion capture technology, avatars, and dance in an exploration of the parallel histories of averaging and idealism in art and society. As an audience watches the live performance, the performers’ movements drive avatars in a projected virtual world creating a genre-bending story that unfolds in both physical and virtual space.

The 16-minute prototype of Maquette was developed for and exhibited at the Xtensions show at ONX Studio with support from the New Museum’s NEW INC incubator and the Onassis Foundation. The evening length performance of Maquette is currently under development with the MAXmachina incubator for the MAXlive 2023-24 festival in New York. 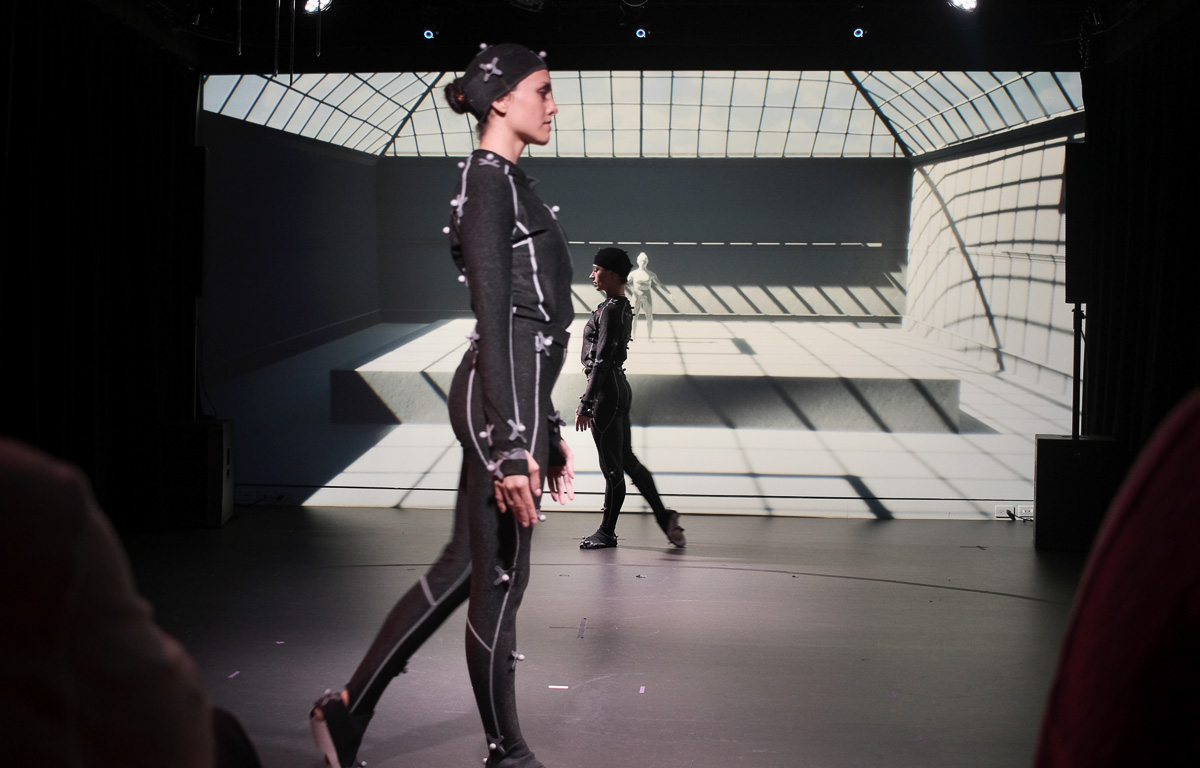 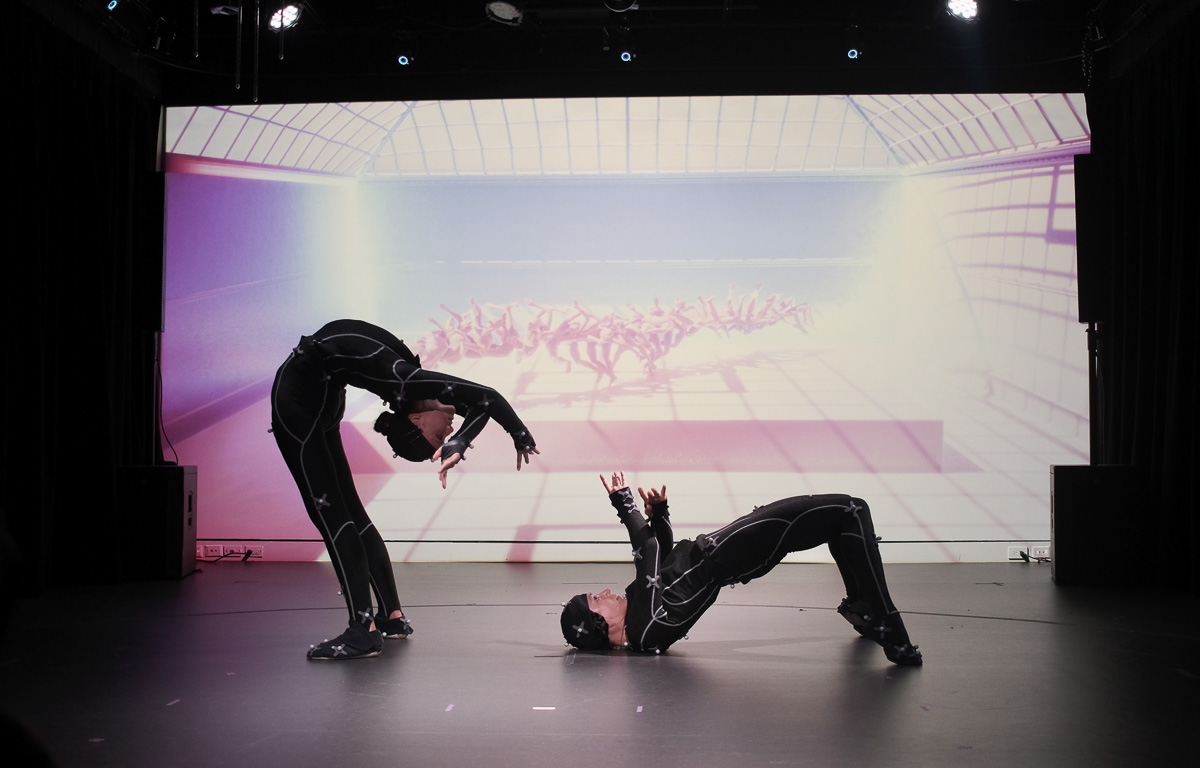 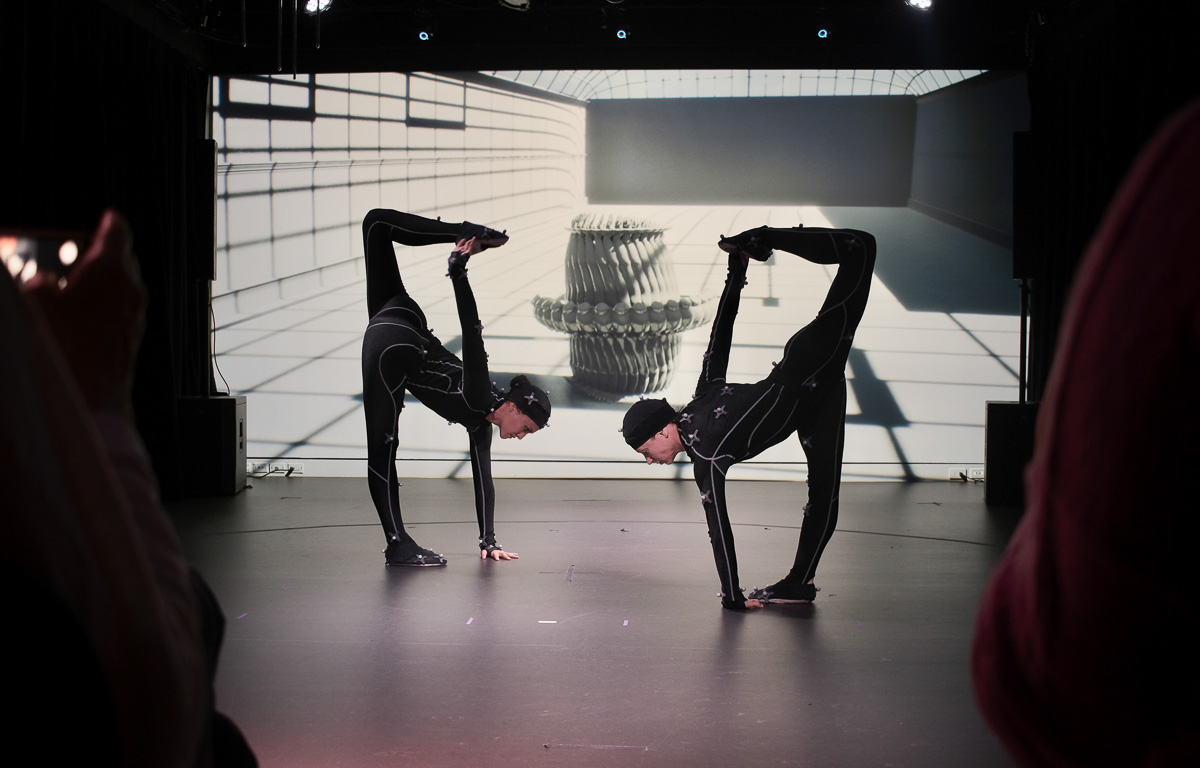 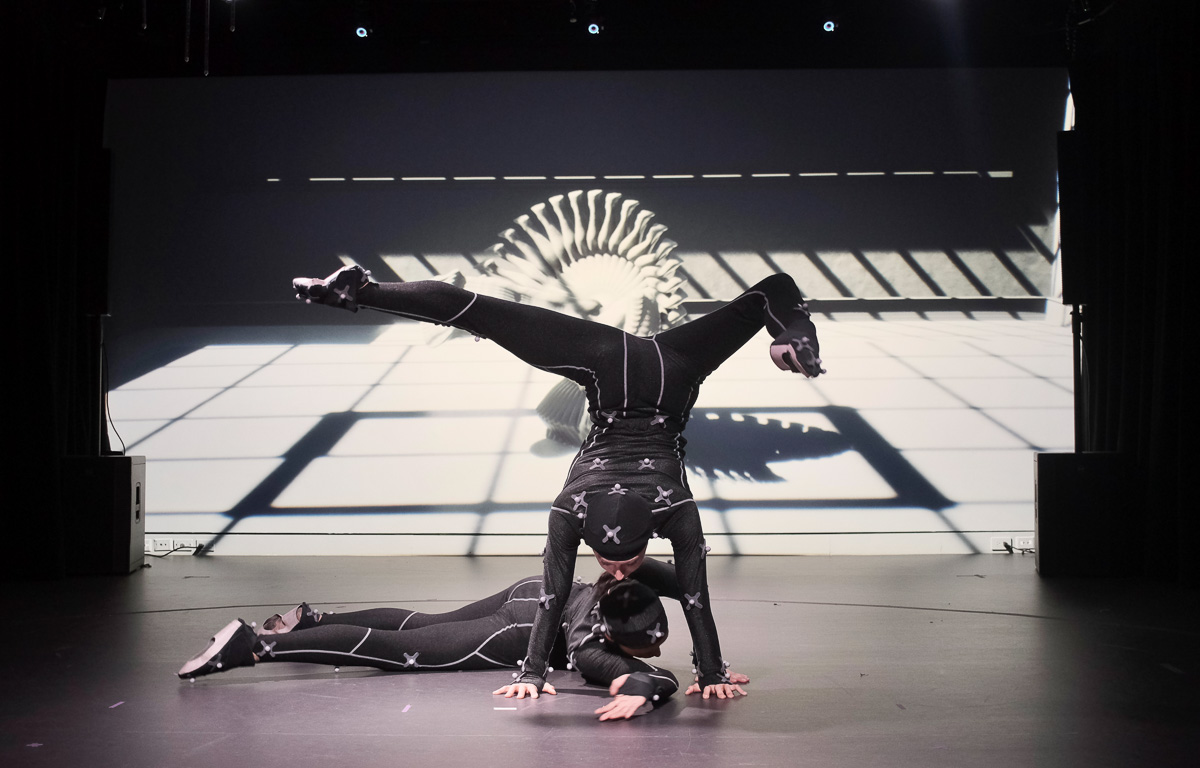 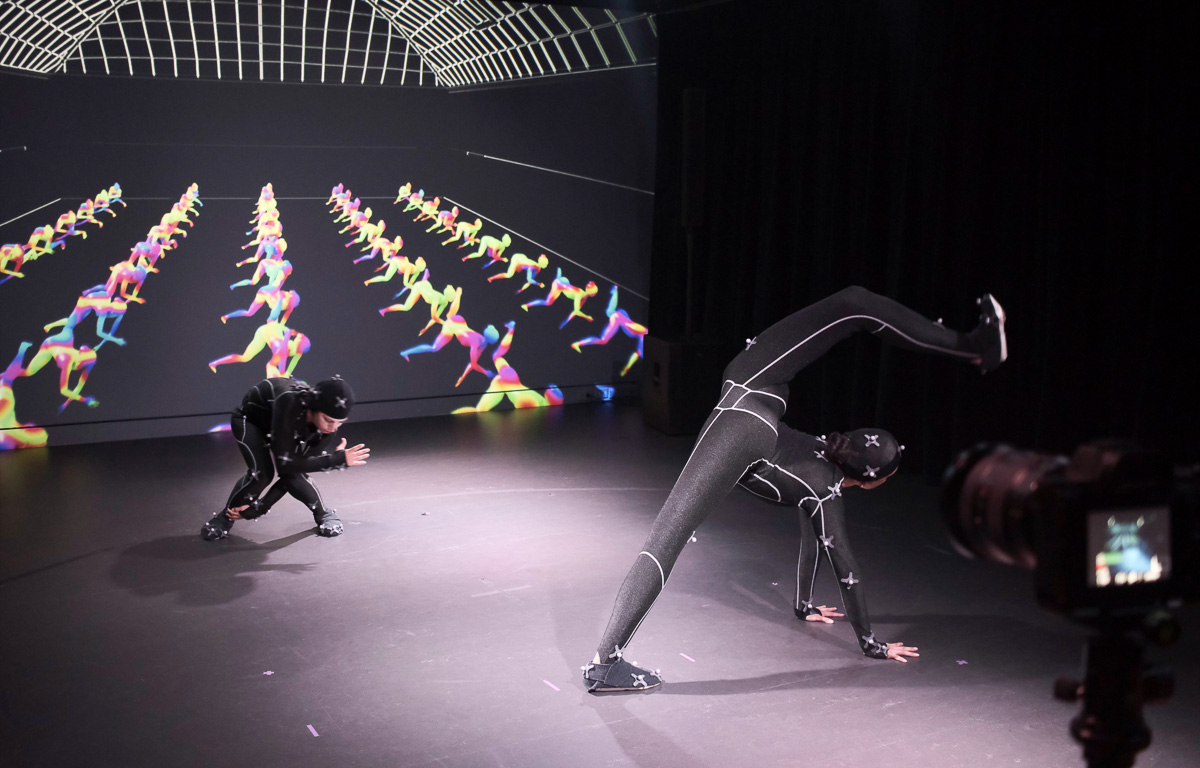